With regard to the question about people who have never married, I have no command from the Lord, but I give my opinion as one shown mercy by the Lord to be trustworthy. Because of the impending crisis I think it best for you to remain as you are… And I say this, brothers and sisters: The time is short. So then those who have wives should be as those who have none, those with tears like those not weeping, those who rejoice like those not rejoicing, those who buy like those without possessions, those who use the world as though they were not using it to the full. For the present shape of this world is passing away. 1 Corinthians 7:25–26, 29–31 (NET)

I have been observing people’s relationships for some time now, and have even been in one. For many years it was a matter of observation and not experience. Recently I have been doing the observing and experiencing from a different perspective. That is exactly the auspice of this post, perspective.

Specifically what should be a perspective the Christian takes to dating?

For the last four years I have studied Christian “singleness,” marriage, and dating/courtship. It has been most interesting and frustrating. Interesting, for I don’t see much consensus either in written form or practice, at least when it comes to dating/courtship. Marriage is a whole other can of worms which I do not wish to delve into now.

Mostly what I see in the Christian sphere of discussion along the lines of dating/courtship isn’t even in the category of which (dating or courtship) is correct, it is in the perspective of those involved. Does he have money?, is she willing to “submit,”? does he/she like the things I like?, and so on and so forth. Often there is a passing reference to, “Is what we are doing biblical?”

In a small measure Christians are seeking to be biblical, but many questions regarding dating/courtship are never even approaching biblical. These matters come down to choice, consider Paul’s words throughout 1 Corinthians 7…

Paul is instructing the Corinthians, who had marriage and relationships on the mind, to remain single. This has been argued, well I might add, to be a circumstance particular to the first century audience at hand. There were a small number of valid marital partners and possibly the impending financial problems seemed to give Paul pause as to responding in the affirmative to his audience.

He does go on to tell them it is not sin to remain single nor is it sin to marry, but simply to use good judgement regarding such actions. I find it fascinating that in the “gift of singleness” discussions presented, one hardly ever finds commentators taking this line seriously,

I would challenge us all to think of that statement regarding “the gift of singleness” with regard to Christians. Back to my point, rabbit trail aside…

What is a Christian’s biblical perspective in dating/courtship? I would like to argue, it comes down to choice. Did you chose to say yes to said relationship? Have you chosen to make the relationship work? Has each prospective party chosen to follow the biblical standards of the man loving unconditionally and the woman voluntarily following his leadership?

As soon as these choices are made in the affirmative only one thing should follow, marriage. Both parties must choose these things, if one doesn’t the relationship has become unbiblical in my judgement. But, there is something more disconcerting, few Christians seem to have this perspective.

I have two friends who have described how they found their respective spouse. In both circumstances it was the same, he decided to marry her before he ever asked her out. I find this romantic and entirely biblical. Many have disagreed, and they have every right to do so. Here is a question…

If God simply chose Israel and even you for salvation for the simple reason, he chose to, how is that an incorrect way for a Christian to choose their own spouse?

“There is more to marriage and dating than simply choosing.” one may say to me.
Ah, but there is still the matter of biblical choosing. If marriage and dating is about learning the other person and devoting oneself to them for life (hoping it be the end result in dating) choosing to do so is paramount to any success.

The paradigm the Christian is to follow is God’s, though we will fall short and not act with absolute conformity the perspective we bring to these situations should be God’s. Finding standards outside of basic “choosing to do X” is secular and what I perceive as the main way Christians go about finding a spouse.

This is how the world does it, not how Christians are to. We choose, we pray God give us the grace to perform the necessary actions, and trust him with the outcome.

Learning to be vulnerable and sharing every aspect of another person is hard, no one should claim it is easy. The difficulty should lessen when there is no danger of that vulnerability being the impetus of the relationship ending, this is where the scriptures speak of the finality of marriage. In a similar way, if we do not show our vulnerability toward God and the fellow believers we are around there is every danger of abandoning the faith.

Life as a single Christian is hard, life as a Christian married to another Christian is even harder, do not let the in-between stage of life be harder than either. I forever will definitely stand with Paul regardless of my circumstance…

You want to find more posts from me?

I’ve put all my posts in categories too

Translate, if Google even knows what language you speak…

You can donate as many dollars as you’d like!!!

My five most popular posts 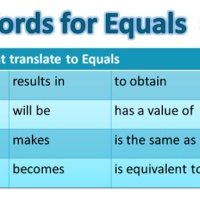 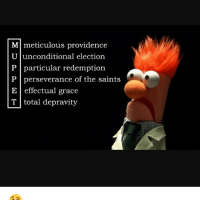 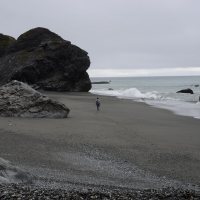 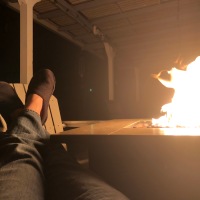 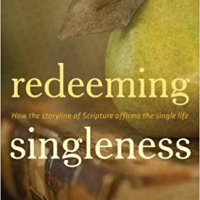 Seeing The World For The First Time